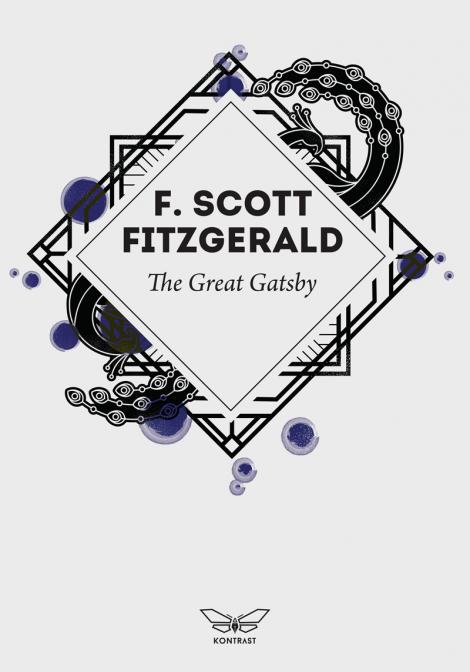 “So we beat on, boats against the current, borne back ceaselessly into the past.”

The exemplary novel of the Jazz Age, F. Scott Fitzgerald's third book, The Great Gatsby, (1925), stands as the supreme achievement of his career. T.S. Eliot read it three times and saw it as "the first step" American fiction had taken since Henry James; H.L. Mencken praised "the charm and beauty of the writing" as well as Fitzgerald's sharp social sense; and Thomas Wolfe hailed it as Fitzgerald's "best work" so far. the story of the fabulously wealth Jay Gatsby and his love for the beautiful Daisy Buchanan, of lavish parties in West Egg, Long Island, at a time when, The New York Times remarked, "gin was the national drink and sex the national obsession," it is an exquisitely crafted tale of American in the 1920s that resonates with the power of myth. A novel of lyarical beauty yet brutal realism, of magic, romanc, and mysticism, The Great Gatsby is one of the great classics of twentieth-century literature.

F. Scott Fitzgerald
Francis Scott Key Fitzgerald (1896–1940) was an American writer of novels and short stories, whose works have been seen as evocative of the Jazz Age, a term he himself allegedly coined. He is regarded as one of the greatest twentieth century writers. Fitzgerald was of the self-styled "Lost Generation," Americans born in the 1890s who came of age during World War I. He finished four novels, left a fifth unfinished, and wrote dozens of short stories that treat themes of youth, despair, and age. He was married to Zelda Fitzgerald. 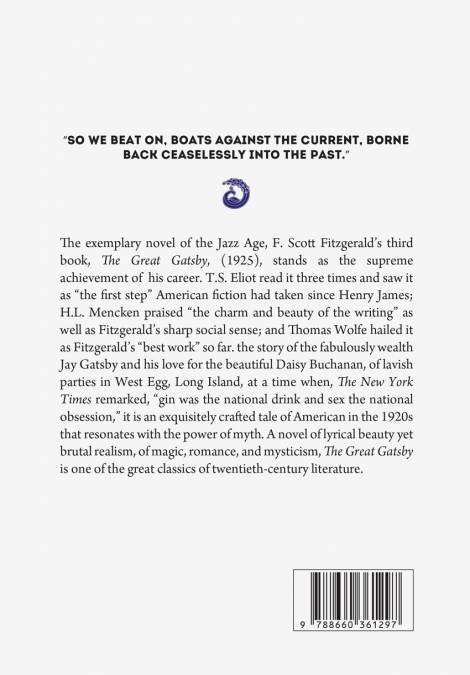