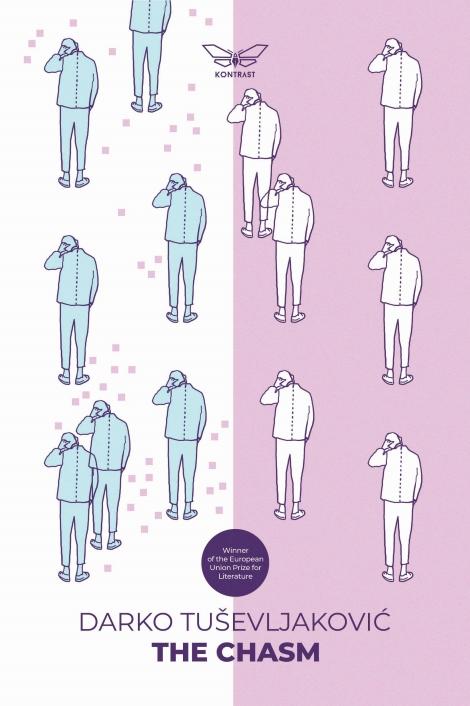 At its core, "The Chasm" is a story about the disintegration of a family.

In the first of the two parts of the novel, an estranged husband suffering from post-traumatic stress disorder as a consequence of his war experience, strives to re-establish the relationship with his estranged wife during a holiday in Greece, succeeding only in deepening the discord between the two of them. The second part takes place in Serbia and focuses upon the main reason for the marital discord of the couple from the first part – the plight of their son, a student who tries to find his place in society, as well as his identity, through a series of dramatic events with a surprising and powerful twist at the end.

Darko Tuševljaković was born in Zenica, Bosnia and Herzegovina, in 1978. Since 2002, his fiction has been published in literary magazines and anthologies in Serbia and elsewhere in the Balkans. In 2004, he was awarded the Lazar Komarčić Award for short fiction. Tuševljaković is the author of two novels and a collection of short stories. His books have been shortlisted for some of the most important Serbian national awards for fiction. In 2016, his novel Jaz (The Chasm, the Serbian winner of the European Union Prize for Literature) was shortlisted for the NIN Award for the best novel of the year, the most prestigious literary award in Serbia. His third novel, Jaegermeister, was published in 2019. He lives and works in Belgrade.

Ema Pandrc (1992) was awarded her BA and MA in English Philology at the Faculty of Humanities, Novi Sad, where she is currently a PhD candidate. She has translated poems by the contemporary artists Faruk Šehić and Dragana Milenković for the international poetry portal Lyrikline into English. She has also published works by David Albahari, Darko Tuševljaković, and Tania Amochaev. She is the regular proofreader and editor of translations into English by Randall A. Major. She has lent her linguistic and vocal talents as a spokesperson to educational videos and as a voice actress for game characters. Ms. Pandrc currently works as a freelance translator into English and Serbian. 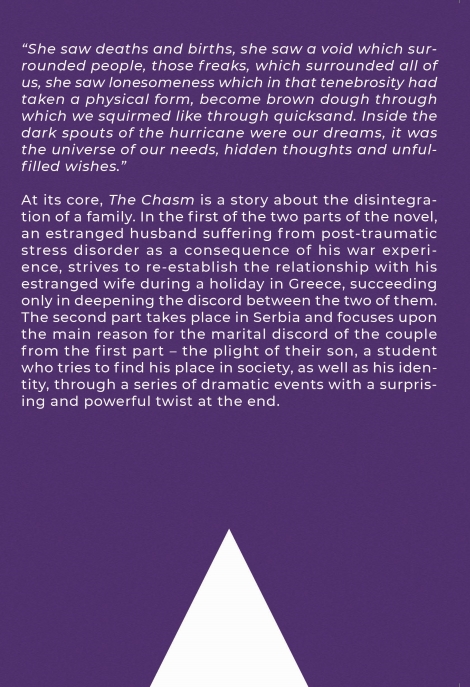